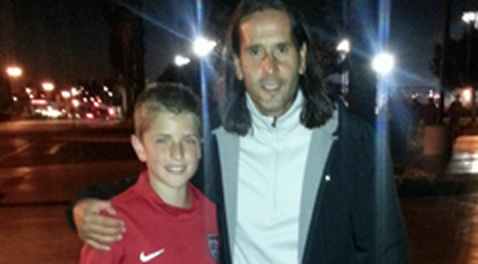 Two US youth internationals climbing the ranks at Boca Juniors

Joel Soñora and Ryan Palmbaum are two American youngsters from very different backgrounds who have three crucial things in common: Both are working their way up Boca Juniors’ famous youth system, are part of US youth national teams and play in the creative attacking midfield role.

But it’s there the similarities end.

Soñora (above) was born in 1996 in Dallas, where his legendary Argentine father Diego was playing for Dallas Burn. The US U-20 international grew up predominantly in Argentina and while he understands English, he isn’t fluent.

For 13-year-old Palmbaum, a US U-14 international, the struggle was uprooting from Northern California to join Argentina’s Estudiantes de La Plata three years ago without knowing so much as a word of Spanish. He had no relationship with the country outside of former player, consultant and coaching mentor Maximiliano Roditis, who has traveled back and forth from the US to aid the integration process and guide Palmbaum in his technical development. 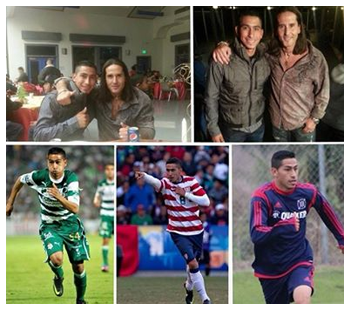 By | Benji | No Comments 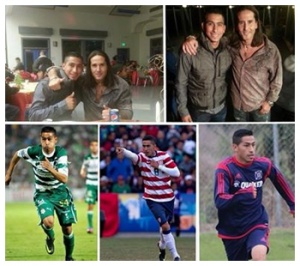 The Chicago Fire Soccer Club announced Wednesday that they have acquired midfielder BENJI JOYA in a weighted lottery. The U.S. Youth International joins the Fire on a one-year loan with a transfer option from Liga MX side Club Santos Laguna. Joya will be added to the Fire roster pending receipt of his ITC.

Read rest of the article here…